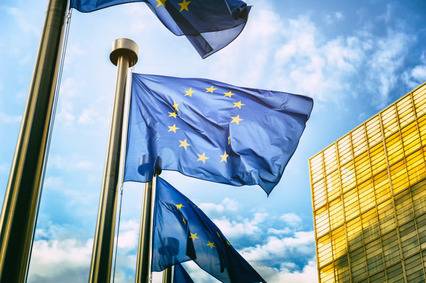 Minister for Jobs, Enterprise and Innovation Richard Bruton TD outlines the current state of play regarding free trade agreements between the EU and Asia and what this means for Ireland.

IT is widely expected that by next year over 90pc of future global economic growth will take place outside Europe. Much of this will be propelled by dynamic economies in Asia. In that region China alone could account for a third of this economic expansion.

China is often seen as the regional powerhouse because of its size, economic growth and its potential as economic transformation continues apace. And we have worked hard to develop stronger links with it.

As many of our traditional export markets of the UK, the eurozone and North America have suffered prolonged economic difficulty over recent years, the combined growth rates of major Asian economies such as India, Indonesia and Malaysia, as well as China, offer scale and long-term growth potential for our ambitious exporters.

The reorientation of our exporters to Asia is slowly and steadily taking place. This is underpinned by the range of free trade agreements (FTAs) being negotiated with key economies in the region.

The first of these between the EU and Korea came into effect in 2011. Last year trade in goods with Korea grew by 36pc compared with 2010, the year before the agreement started to remove trade barriers between our two economies.

Making inroads into relatively unfamiliar export markets across Asia is certainly not as straightforward as exporting to the EU’s single market. Nevertheless, for exporters that take the time to carefully plan and invest for these distant export markets, trade and investment agreements certainly are of significant help in making it easier and less costly to win valuable export business.

My department is always keen to hear from exporters about how these agreements can help either specific companies or sectors looking to build more business and expand their Asian footprint.

These trade deals not only remove import tariffs, but also tackle special rules and technical standards that are often designed to make it more difficult for exporters to do what is most natural for them – win business, do deals and grow their companies.

I look forward to the trade agreement with Singapore quickly coming into effect because it is an important gateway economy for the rest of Asia, and for those being negotiated with Vietnam, Thailand and Indonesia to be concluded in as short a time frame as possible.

To reflect the importance of Asia as a new source of diversified export potential the Government recently decided to open new embassies in Thailand and Indonesia. These will given more support on the ground to exporters. They will also complement the work of my department in negotiating trade agreements and the work of our lead export promotion agency Enterprise Ireland in supporting our exporters.

The trade mission to Japan at the end of 2013 was a significant step in a strategic engagement with that country. As one of the wealthiest economies in the world our exporters are a close fit with its import needs in terms of technology, services and food. Prospects there will be considerably enhanced when the FTA with Japan is concluded, giving our exporters a strategic advantage that others will not have. I believe this could well be a new heartland of activity for our Asia destined exports.

THE EU AND ASIA

The EU is the world’s biggest market and trading bloc and Asia is now the EU’s main trading partner, accounting for a third of total trade and this figure continues to grow. In terms of investment, a quarter of EU outward investment is going to Asia while inward investment is growing fast.

Asia is important to Europe and will be so even more in the future. In economic terms we know that recovery at home depends on the ability to harness growth and open new markets, many of which are in Asia. The EU is building up its engagement in and with Asia.

But Europe is also important to Asia – its future growth depends on access to EU markets. The EU remains the largest economy in the world, with a per capita GDP of €25,000 for its 500 million consumers. That represents a €12.6trn economy. Only the US (€11.5trn) is in the same league.

The following is a round-up of the state of play regarding negotiations between individual Asian countries and the EU.

In March 2014 negotiations were launched on an Investment Protection Agreement between the EU and Myanmar/Burma. This will improve the protection and fair treatment of investors from both sides and will thus contribute to attracting investments to Myanmar/Burma and the EU.

The EU works closely with Cambodia under the framework of the EU-ASEAN Co-operation Agreement to ensure an effective environment for trade and investment relations.

The launch of negotiations on a comprehensive EU-China Investment Agreement was announced at the 16th EU-China Summit, which was held in November 2013. The agreement will provide for progressive liberalisation of investment and the elimination of restrictions for investors to each other’s market. It will provide a simpler and more secure legal framework to investors of both sides by securing predictable long-term access to EU and Chinese markets respectively and providing for strong protection to investors and their investments.

The EU has backed China joining the talks on the WTO Trade in Services Agreement (TiSA).

Despite some progress, negotiations have stalled and work will not progress until after the elections in India. Both sides are aiming to find solutions that are mutually acceptable to achieve an ambitious outcome, which would give an important boost to trade between the EU and India.

The EU and Indonesia signed a Partnership Co-operation Agreement in 2009. Intense contacts have taken place since 2011 to explore the possibility to further deepen EU-Indonesia relations by way of a Comprehensive Economic Partnership Agreement (CEPA).

The opening of FTA negotiations was announced on 25 March 2013. There have been five rounds of negotiations and an initial exchange of offers has been made. The EU is currently reviewing progress achieved during the first year of talks and assessing the implementation of commitments made by Japan on the elimination of non-tariff barriers.

The EU works closely with Laos under the framework of the EU-ASEAN Co-operation Agreement to ensure an effective environment for trade and investment relations.

FTA negotiations were launched in September 2010. Since elections in Malaysia in May 2013 there has been no further progress.

A pre-scoping exchange of views has taken place.

The FTA negotiations were successfully concluded in December 2012 and the agreement was initialled in September 2013. Negotiations on investment protection, based on a new EU competence under Lisbon Treaty, started later than the FTA and are ongoing.

Negotiations were launched in June 2012 and have entered a substantial phase. The seventh round of negotiations took place in March 2014 and the eighth round is scheduled for June 2014. Both sides aim to conclude swiftly.