Tariffs – Is A Trade War Upon The World?

The trade dispute that is occurring between the United States and its allies is intensifying. Tariffs from the EU (European Union) could make all types of American goods more expensive all over Europe.

For example, you could 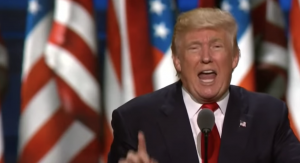 How do tariffs affect the economy and you personally?

see a higher price for a bottle of American whiskey, a new pair of American blue jeans, or even for those who love to ride Harley Davidson motorcycles and are looking for a new “hog” to ride.

Conversely, in the United States, manufactures of goods which use steel and aluminum, such as automobiles, will have to pay more to import them. It is doubtful the cost will be absorbed by the manufacturer but instead will be passed onto consumers.

Meanwhile, the aluminum and steel industries on both sides of the Atlantic Ocean faces uncertain times in the near future, and the markets risk fluctuations, which could lead to job losses.

All of this is because of tariffs.

What exactly are tariffs?

They are a tax on any physical product which is imported abroad. Government institute tariffs to protect national economies to encourage their citizens to buy local instead of imported products. The simple strategy is that by doing this local jobs are protected, and the economy can flourish.

However, there is a catch: tariffs come with political risks and leading economists have strong opinions that they are not as effective as politicians think they are. In other words, tariffs are an idea that looks good on paper, but not always good upon execution in the world economy.

“What I object to very strongly, is the illegal and unjustified imposition of tariffs on Canadian steel and aluminum,” countered Chrystia Freeland, Candian Foreign Minister.

Why has Donald Trump introduced tariffs for US imports?

Trump has voiced his concern over trade agreements since he began his campaign to become president in 2016. He’s concerned that the US is importing more than it is exporting, leading to a US trade deficit. This issue can be pointed to the fact the US has closed thousands of manufacturing plants over the last several decades as the US has shifted to a service economy instead of one of production.

“The American steel and aluminum industries have been ravaged by aggressive foreign trade practices. It’s really an assault on our country,” said Trump.

The United States has imposed tariffs of 25% on steel and 10% on aluminum from places such as the European Union (EU), Canada and Mexico. And the US has also threatened tariffs on other goods as well. As a comparison, the US charges a 10% tariff on cars shipped to Europe, but Europe only charges a 2.5% tariff on cars shipped from Europe to the United States.

What do other countries say?

The tariffs saw world leaders trading barbs for days leading up to the recent G7 Summit. But once they were all assembled, they seemed to be able to sweep all of their differences under the rug.

“We are actually working on cutting tariffs and making it all very friendly and fair for both countries,” Trump disclosed while seated next to Canadian Prime Minister Justin Trudeau.

But then Trump dropped a bombshell, as he backed away from a statement that showed his commitment to the group to finding a solution to the trade dispute in a Tweet which attacked Trudeau and accused him of making false statements and having high tariffs on US farmers, workers, and companies.

So now we are looking at a real threat of a trade war, where countries set tariffs against one another over and over again. Canada, for one, has already promised retaliatory tariffs, as Trudeau stated, “I reiterated to President Trump that these tariffs threatened to harm industry and workers on both sides of our border.”

Angela Merkel, the German Chancellor, chimed in, “We’re not going to just let ourselves be taken for a ride again, but we’re going to negotiate too.” While most countries want free trade with their partners, we better get used to more talk of tariffs and a potential trade war on the horizon.